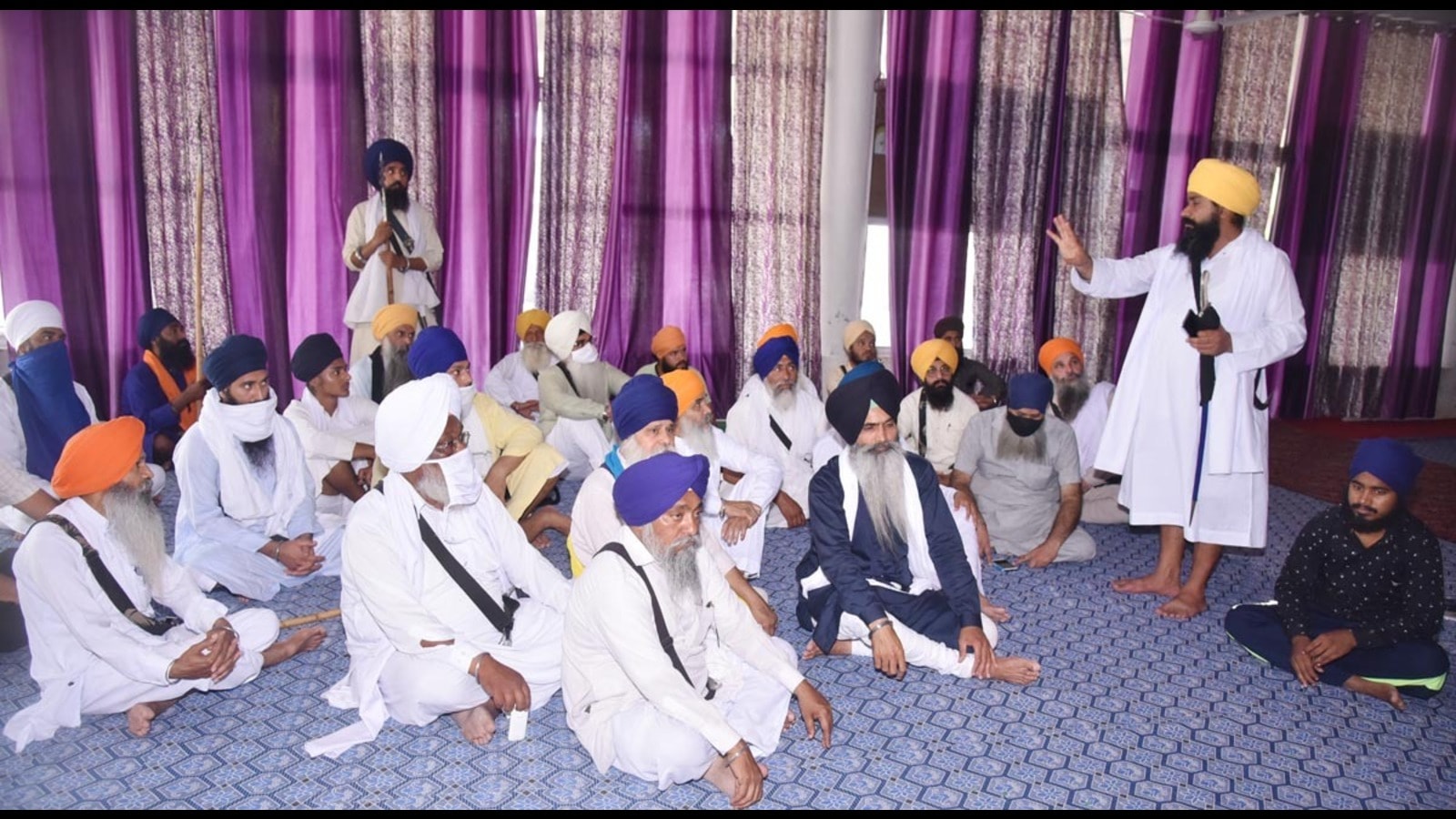 Various Sikh bodies are enraged over some Bharatiya Janata Party (BJP) leaders’ support to the ‘pathi’ arrested for allegedly hurting religious sentiments by doing ardas at Bathinda’s Bir Talab village gurdwara for controversial Dera Sacha Sauda head Gurmeet Ram Rahim, saying that “this is deep-rooted conspiracy to vitiate atmosphere in the state”. The ‘pathi’ was booked under section 295-A (deliberate and malicious acts, intended to outrage religious feelings of any class by insulting its religion or religious beliefs) of the IPC.

Members of some Sikh bodies discussed the issue at a gurdwara in Sangrur on Saturday. Prominent BJP leaders who opposed the action against the ‘pathi’ were Vijay Sampla and Rajesh Bagha. Being chairman of National Commission for Scheduled Castes, Sampla also sought a report from the Bathinda police. During his visit to Amritsar on Friday, Sampla had said he found no ground for charging the ‘pathi’ with Section 295-A, adding that police acted against him because he was Dalit and prayed for ‘Dalit chief minister in Punjab’.

Akal Takht acting jathedar Giani Harpreet Singh said, “This ardas was against Sikh maryada as it was performed for a person who is guilty of heinous crimes such as rape and against whom hukamnama was issued by Takht Sahib for committing blasphemy. Anyone supporting this kind of ardas is wrong”.

“Days after Punjab Police arrested six Dera followers in the sacrilege case, this so-called ardas was organised in which release of the dera chief was also desired. Entire Sikh Panth is enraged over this act, but BJP leaders support it. Why? A Dalit was chosen for this act so that Sikhs are divided over caste lines ahead of the 2022 elections,” Shiromani Gurdwara Parbandhak Committee (SGPC) member Sukhdev Singh Bhaur said.