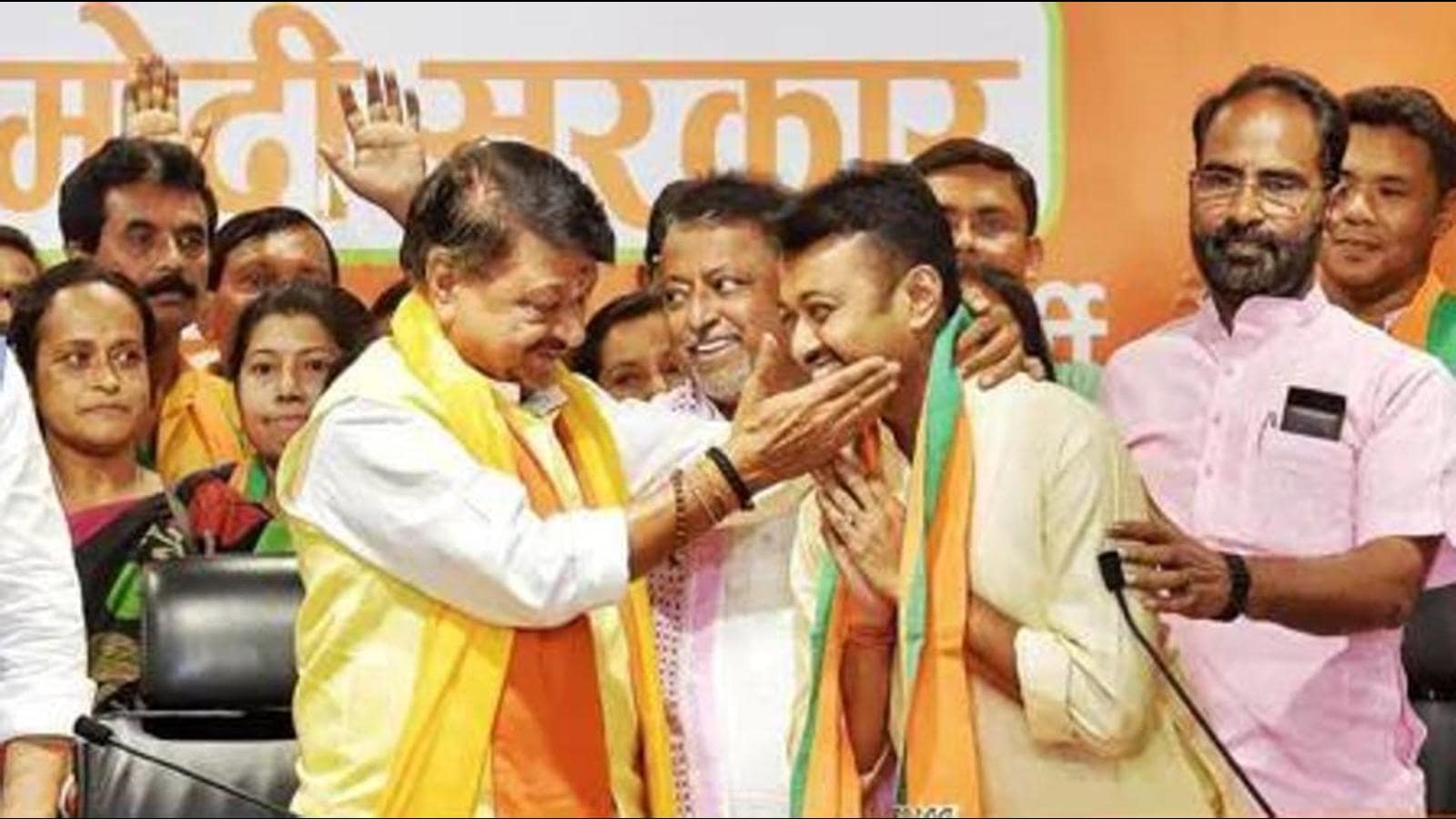 Though he did not name any party or state, social media users took it as an obvious reference to Bengal.

While Mukul Roy won the Krishnanagar North seat in Nadia district in the recent assembly polls, his son was defeated from the Bijpur seat that he held in North 24 Parganas district. Both were earlier with the ruling Trinamool Congress (TMC). Mukul Roy, who was the TMC’s founder member and a close aide of Mamata Banerjee, joined the BJP in 2017. His son switched sides two years later.

Mukul Roy was the BJP’s election strategist in the 2019 Bengal Lok Sabha polls in which the saffron camp bagged 18 of the state’s 42 seats. The scenario changed in the assembly polls with the TMC winning 213 of the state’s 294 seats against the BJP’s 77. The main opposition party had sworn to win more than 200 seats and oust the Mamata Banerjee government.

With many TMC turncoats now trying to return to the old party, Subhranshu Roy’s post raised speculations. He avoided the media saying his mother was admitted in hospital. Mukul Roy, too, was in the hospital.

The post, which Roy wrote on Saturday night, went unnoticed till Sunday afternoon.

“Someone can express a personal opinion. BJP’s policies are not decided by Facebook posts,” said the party’s state president Dilip Ghosh.

“He often shows signs of inexperience but he has said something right. Since he is Mukul Roy’s son we have affection for him but it is Mamata Banerjee who decides whether deserters can return to the party or not,” said TMC Lok Sabha member Saugata Roy.

An accused in the Narada sting operation case being probed by the Central Bureau of Investigation (CBI), Mukul Roy resigned from the TMC in September 2017. He was suspended for six years for anti-party activities. He also resigned from the Rajya Sabha in October, 2017. He joined the BJP in November that year. In September 2020, Roy was made national vice-president of the BJP. Subhranshu Roy joined the BJP in May 2019.

The state assembly has 294 seats but polls were held in 292 as two candidates died of Covid-19 before elections were held. The BJP won 77 seats but its tally came down to 75 as two of its winning candidates resigned to retain their Lok Sabha seats.

$eMax Becomes One of the Fastest Growing Tokens in History - PRNewswire

Studio45 Sets Its Own Shopify Development Solutions in Motion - PRNewswire

The Congress conundrum – The Tribune India