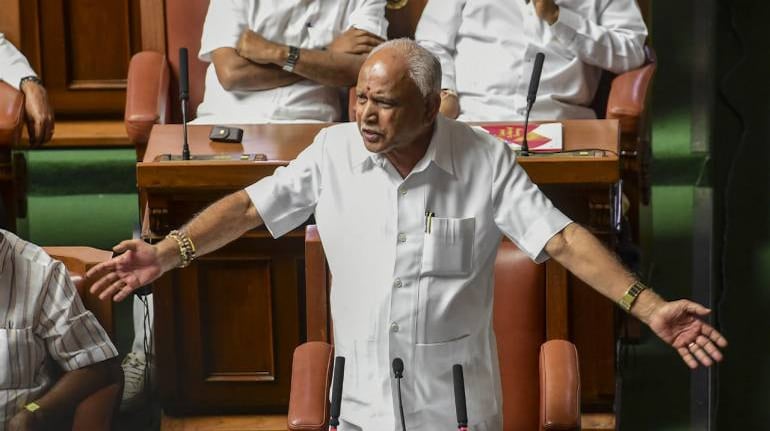 A group of ruling Bharatiya Janata Party (BJP) legislators in Karnataka have once again expressed displeasure over the functioning of Chief Minister BS Yediyurappa, triggering speculation of a possible leadership change in the southern state.

Though in the past several MLAs have openly spoken against the Chief Minister, this time a group of legislators has come together and even visited Delhi to share their grievances with the party’s central leadership.

Sources said that the group is unhappy with the government’s handling of the COVID-19 situation. “The government’s slack response to the pandemic hit people is showing the party and its legislators also in poor light,” an MLA was quoted as saying by The Hindu.

Karnataka’s tourism minister CP Yogeshwar and MLA Arvind Bellad were in Delhi recently, reports said. The two, however, said their visit had nothing to do with trouble within the ruling party.

Several leaders have demanded that Yediyurappa immediately convene a meeting of the legislature party to discuss governance, according to a report in the Hindu. They want the meeting to be called after June 7, when the COVID-19-induced lockdown ends, and leaders from Delhi to be part of it.

The loss in the recent byelection to the Maski assembly constituency has given fresh ammunition to Yediyurappa’s detractors, sources said.

“I am aware that meetings are being held in several places and many ministers are also involved,” revenue minister R Ashok told reporters in Bengaluru on May 26.

The party last week quashed rumours of a change of guard in Karnataka. These came after state’s home minister Basavaraj Bommai and Yediyurappa’s son BY Vijayendra rushed to Delhi on May 7 to meet Union home minister Amit Shah. Bommai, seen as Yediyurappa’s successor, denied the political motive behind his meeting with Shah.

In March, the BJP went for a change of guard in Uttarakhand  after Tirath Singh Rawat replaced Trivendra Singh Rawat as the chief minister of the hill state. The state is due for assembly elections in 2022.