We’ve had the 46mm variant of the Honor Magic Watch 2 with us for a while now. Read our review to find out if it’s worth spending your hard-earned money on.

The smart wearables market in the country has been growing at a rapid pace, and to tap into the vast potential it possesses, Chinese phone maker Honor has been launching new products spread across various segments over the last few months.

The most recent of these is the Magic Watch 2 which has been launched in India in two dial sizes — 46mm and 42mm. The former starts at Rs. 12,999 for the Charcoal Black variant, with the more premium leather strap variant available for grabs at Rs 14,999.

For the price, the Magic Watch 2 comes across as an interesting proposition, one that doesn’t offer much in terms of functionality but does compensate for the lack of a giant feature list with not just its competitive price tag, but also its unmatched 14-day battery life — a promise that helps it stands head and shoulders above its competition in this key department. 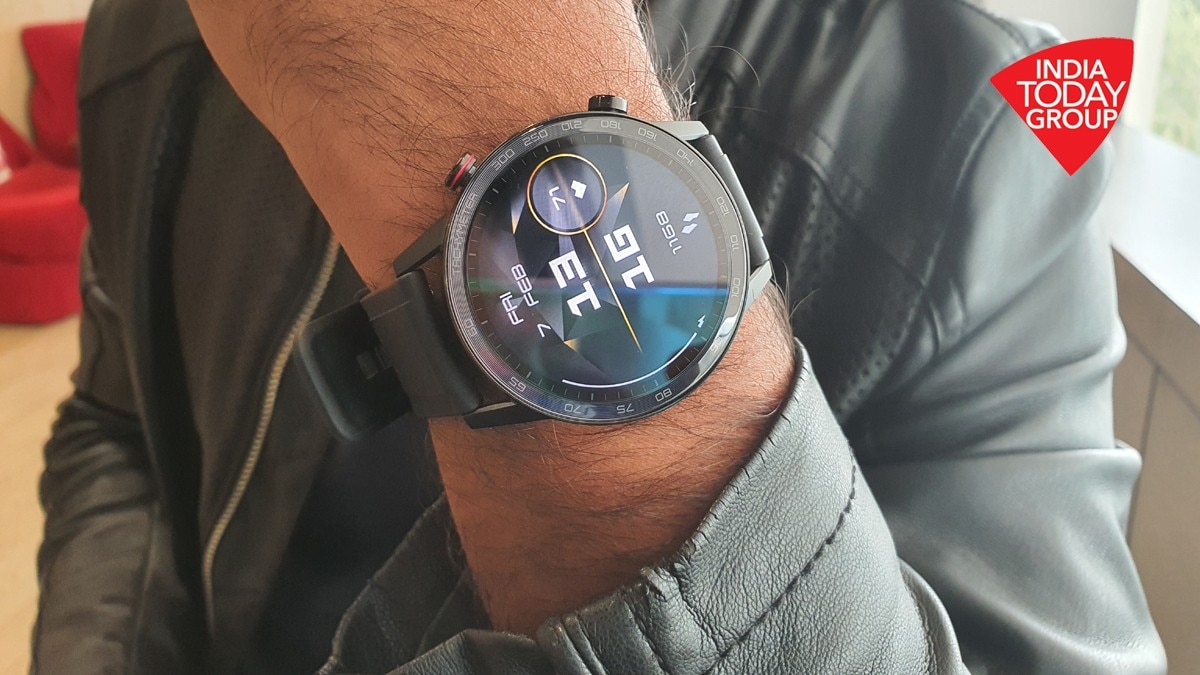 We’ve had the 46mm variant of the Honor Magic Watch 2 with us for a while now. Read on our review to find out if it’s worth spending your hard-earned money on.

The Magic Watch 2 is a muscular timepiece, one that appears to have been cut from the same cloth as its distant cousin, the Huawei Watch GT 2. As such, when you look at the two sat next to each other, it almost feels like they were crafted to by the same design team to bear certain striking similarities.

But luckily for the Magic Watch 2, that’s not really a bad thing, as its cousin from Huawei is a pretty good looking watch in itself. This particular likeness helps Honor’s Magic Watch 2 emerge as a smartwatch that’s more than just a timepiece — or a fitness wearable for that matter. Rather, it comes out looking like a refined piece of fashion accessory that depending on your variant of choice adds to your style quotient.

The Magic Watch 2 has a dial with some bezel surrounding it. These have been complemented by two broad crowned buttons which add depth to the sporty look of the device. The buttons work in tandem with the round dial to help the watch look classy on the wearer’s hand.

The design of the watch also sees Honor use plastic at the bottom, where a protruding circular housing is placed which holds the Magic Watch 2’s sensors for heart rate monitoring. The smartwatch is also water-resistant, as it comes with a 5ATM rating helping it to remain damage-free even when submerged underwater in 50 meters of water for up to 30 minutes.

The biggest factor working in favour of the Magic Watch 2’s design is its gorgeous display. Capable of producing around 800 nits of peak brightness, the smartwatch’s panel is a treat to gaze at. It has good viewing angles and is crisp enough to easily read text appearing on it.

The size of the panel is 1.39-inch, and the AMOLED panel overall not only is a joy to use but also adds to the overall looks of the smartwatch. In fact, it is so impressive, that it looks even better than the very capable display placed on the Galaxy Watch Active 2, which currently is retailing at a substantially higher price point than the Honor Magic Watch 2. 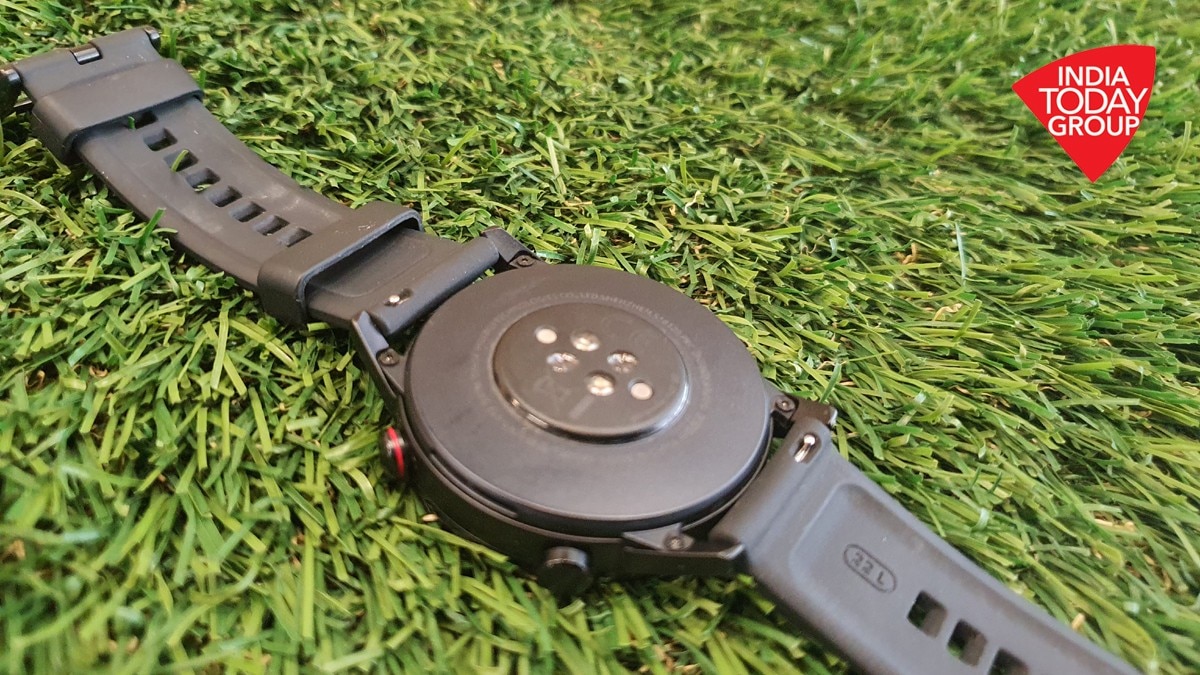 Overall, the Honor Magic Watch 2 is one of the better-looking watches available right now, and at 41g without the strap, it isn’t heavy too. As such, if looks and comfort are important to you, then Honor’s Magic Watch 2 comes highly recommended.

Powered by Huawei latest chipset for wearables, the Kirin A1, the Magic Watch 2 brings just about enough power to help interactions with the Watch feel buttery smooth and devoid of any lags or stutters.

However, that’s possible because this LiteOS running smartwatch doesn’t let you test the chipset too much. Despite being one of the best optimised operating systems for smartwatches, it isn’t the best when it comes to bringing to the user excesses in functionality that you’d typically expect from a TizenOS running Galaxy smartwatch, or other competing ones that come with WearOS.

The company too is talking up the Magic Watch 2 as a personal sports trainer, which can track the user’s workout with precise positioning systems and monitor their sleep patterns with its TruSleep technology. However, apart from this it does very little as there’s no support for third-party apps that you’d typically get on most smartwatches these days.

However, what it does excel at is in giving the user basic functionality that you’d require from your smartwatch. As such, you can accept and even access your contacts and logs to make calls. There’s also the functionality to directly respond to these calls from your Magic Watch 2 using the inbuilt speaker and mic.

It also is quite adept at displaying notifications, with support for third-party apps, including Gmail and WhatsApp. However, it does stop you there as the smartwatch doesn’t allow you to respond to the messages directly from it — which to be honest is a real shame as the Magic Watch 2 has one of those big, and crisp displays which would have made the experience quite enjoyable. 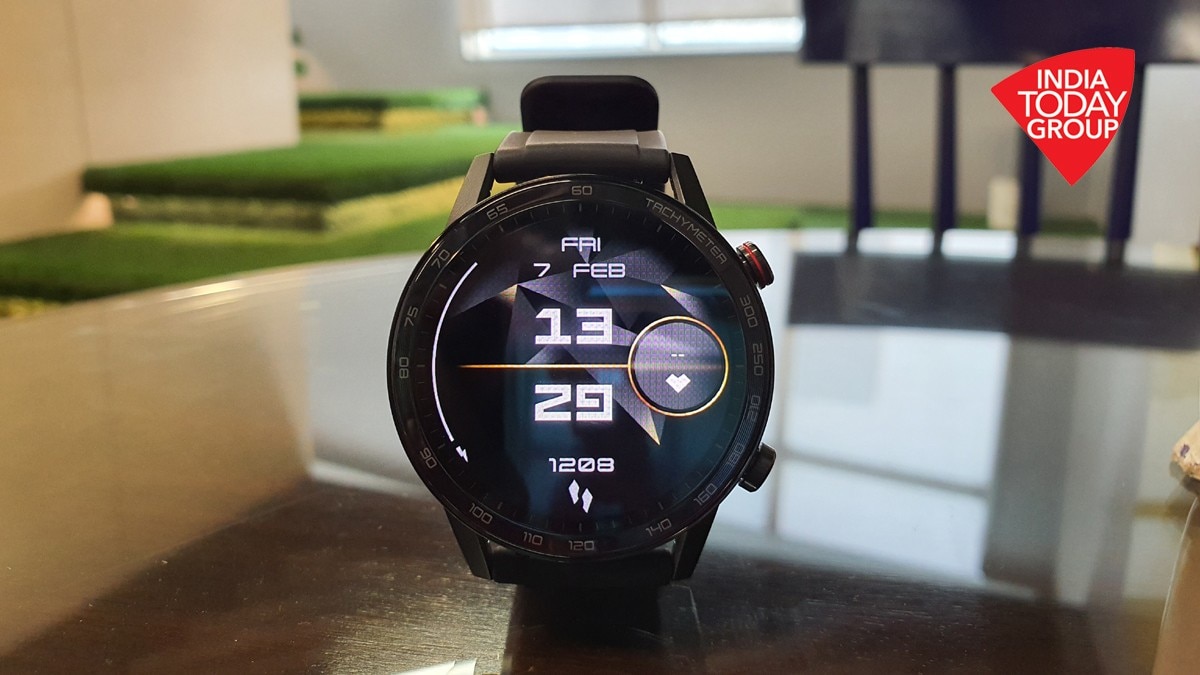 It has Huawei’s TrueSleep built-in and even has a stress monitoring feature. It also tells you the weather and can let you control the music playing on your smartphone from a distance of up to 150 meters thanks to its support for the advanced BLE 5.1 Bluetooth standard.

But that’s just about it.

There’s little else which one can achieve using the Huawei Health app that the smartwatch uses to interact with the connected phone. There’s also no support for Wi-Fi, but then again, you won’t really need it considering the watch brings no functionality to install third-party apps that may end up using high-speed internet.

Apart from this, another drawback of the Magic Watch 2 is that it doesn’t bring much in terms of watch faces. Yes there, are enough, and thankfully all of them do look great on the smartwatch’s display, but little excesses when it comes to options wouldn’t have hurt.

But on the flip side, the limited functionality of the Watch does help in improving the smartwatch’s ability to provide up to 14-days of battery life, which during our review we found to be an accurate claim.

On a single charge, we easily got the Magic Watch 2 to last approximately two weeks, leaving us quite impressed with the feat. Not only is this battery life double of what the first Magic Watch promised, it is also substantially better than 2-3 days of endurance that competing smartwatches in the market offer. 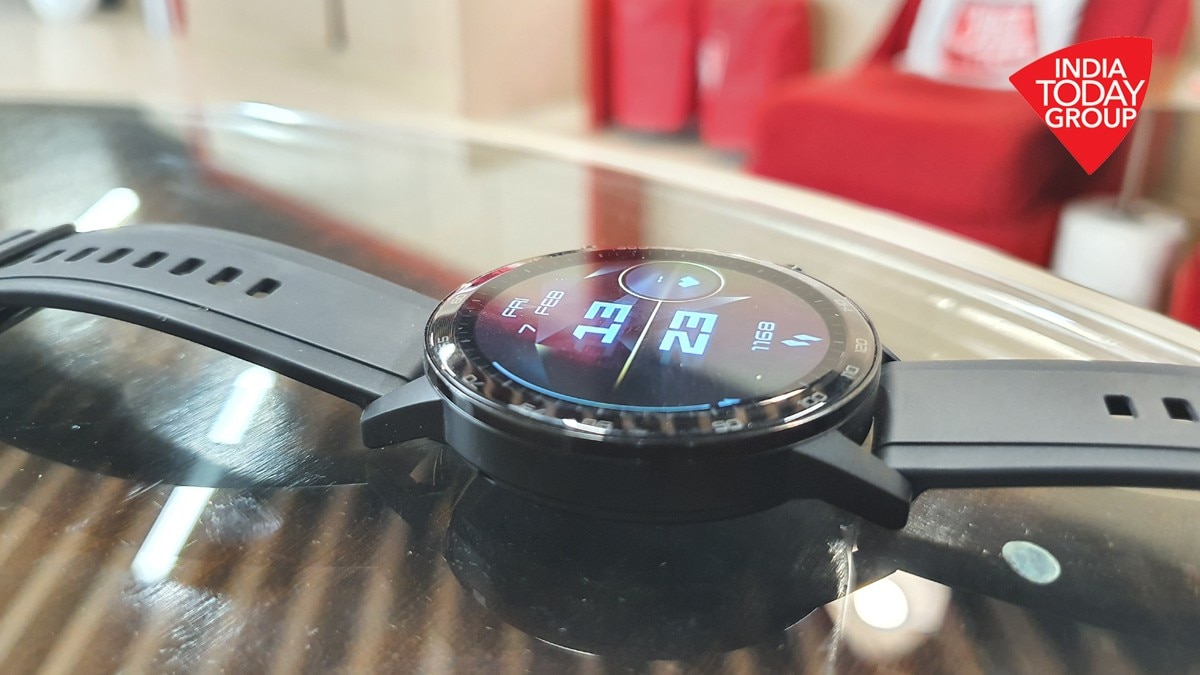 Suffice to say, it is a convenience that is difficult to explain in words, and is one that can only be experienced and, in fact, truly appreciated once you’ve used TizenOS or WearOS watches in the past.

Despite its name suggesting otherwise, the Magic Watch 2 from Honor isn’t Magic. In fact, it is your basic smartwatch with a ton of fitness features peppered with essential functions that you’d need from a modern-day smartwatch.

It lets you make calls, read notifications, controls your phone’s music and more all while looking good on your wrist. As an added bonus, it promises to even remain there for a long period without calling out for its charger.

However, its biggest USP is its price.

Starting at Rs 12,999 for its 46mm variant, the Honor Magic Watch 2 is not only more affordable than its close cousin, the Huawei Watch GT 2, but also brings better value for money than competing offerings from smart wearable makers such as Samsung.

Thereby making the Magic Watch 2 an excellent choice if you are looking for an entry-level smartwatch that brings just about enough functionality and features, and impressive battery life in a package that looks premium but is being sold at an affordable price.

But if you’re looking at getting a little more mileage out of your smartwatch when it comes to functionality, then there are better — and more expensive — options out there in the market.

OnePlus Concept One first impressions: The future of phones is exciting

Google Assistant is giving you more control on smartphone notifications