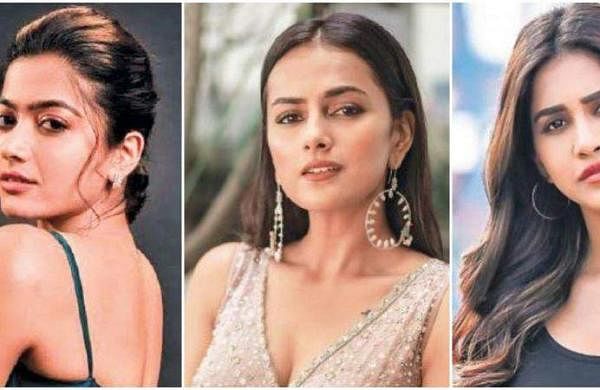 The trend of Kannada heroines seeking to make a fortune in Telugu cinema may seem to be a recent one, but it’s not. Several talented actors over the decades have crossed borders to the neighbouring Andhra Pradesh/Telangana, in search of films with bigger budgets, higher remuneration, and a larger fanbase.

From legendary actors such as Saroja Devi and Jayanthi to others like Malashree, Rakshita, Pranitha Subhash and Hariprriya, many have gone on to successfully be part of the Telugu film industry, having first established themselves in Kannada cinema.

This is a trend that continues to be flourishing, given the number of heroines in recent years who have gone on to become sought-after faces in Telugu cinema. While actors like Anushka Shetty and Pooja Hegde, who rule the roost in Telugu cinema, can’t quite be said to be Kannada actors, they do have their roots in Karnataka.

Among those who established themselves in Kannada cinema before making the transition to Telugu cinema, Rashmika Mandanna is right at the top. This Kodava girl, who has now become a hot favourite in Telugu cinema, made her Telugu debut with Chalo (2018), co-starring with Naga Shaurya.

She won hearts with her performance in Geetha Govindam in the same year, in which she starred opposite Vijay Devarakonda. The Kirik Party heroine has since soared to the peak following a critically appreciated performance in Dear Comrade, and starring in successful commercial outings, including Mahesh Babu’s Sarileru Neekevvaru and Nithin’s Bheeshma.

Right now, she has in her kitty many promising projects, including Pushpa with Allu Arjun and Aadaalloo Meeku Johaarlu with Sharwanand. The latest rumour is that she might be in the running to star in Ram Charan-Shankar’s upcoming film.

Rashmika does not make much of the language barrier and expresses gratitude to the Telugu industry for welcoming her with open arms. “Chalo was my first film, directed by Venky Kudumula. The film helped me become a familiar face there, and since then, it has been wonderful to be part of different films. I am happy to be a prominent face in Telugu cinema today,” she says.

Another Kannada heroine who’s found the going strong in Telugu is Nabha Natesh, who made her debut with Nannu Dochukunduvate, the maiden production of actor Sudheer Babu.

However, it was her role in the 2019 Puri Jagannadh film, iSmart Shankar, which brought the spotlight on her and made her a heroine in demand. Touching on some reasons why heroines sometimes gravitate to Telugu cinema, she says, “The market is different. Films here are more content and performance based.”

She believes that the linguistic and cultural similarities help too. “The culture is similar. In fact, I grew up watching Telugu films, thanks to having a lot of Telugu-speaking friends in Bengaluru.  Also, the Telugu film industry is right up there with the Tamil and Hindi film industries in terms of reach and budget. The industry has also begun churning out pan-Indian films and many Bollywood heroines are travelling South to act in these films as well,” Nabha says.

Joining this list is Shraddha Srinath, who has made a mark in Telugu and has come to be noted for her choice of roles in films such as Jersey starring Nani, and Krishna and His Leela starring Siddu Jonnalagadda.

There’s also Samyuktha Hedge, who was seen in the remake of Kirik Party in Telugu while Rachita Ram is all set to test the waters with Super Machi opposite Kalyaan Dev. Kannada heroine Sreeleela is also set to get her Telugu launchpad with a remake of the Telugu classic, Pelli Sandadi.

Kavya Shetty, a popular name in Kannada films, is gearing up to feature in director Nagashekar’s debut Gurthundaa Seethakalam alongside actors Satyadev Kancharana and Tamannaah. She adds that the Telugu film industry is special for being open to newcomers who have worked in other languages.

“The Tamil industry, for instance, is keener on heroines with native looks. In Telugu cinema, there is still a lot of emphasis on the glamour quotient and this could be a factor in aiding these transitions, she says.

As we said, this is not a new trend, but clearly, in a film world that’s getting increasingly receptive to talent across regions, it is alive in a way it has never been before.

Lahe Lahe, Chitti and more: Tollywood chartbusters which we are playing on repeat – Times Now