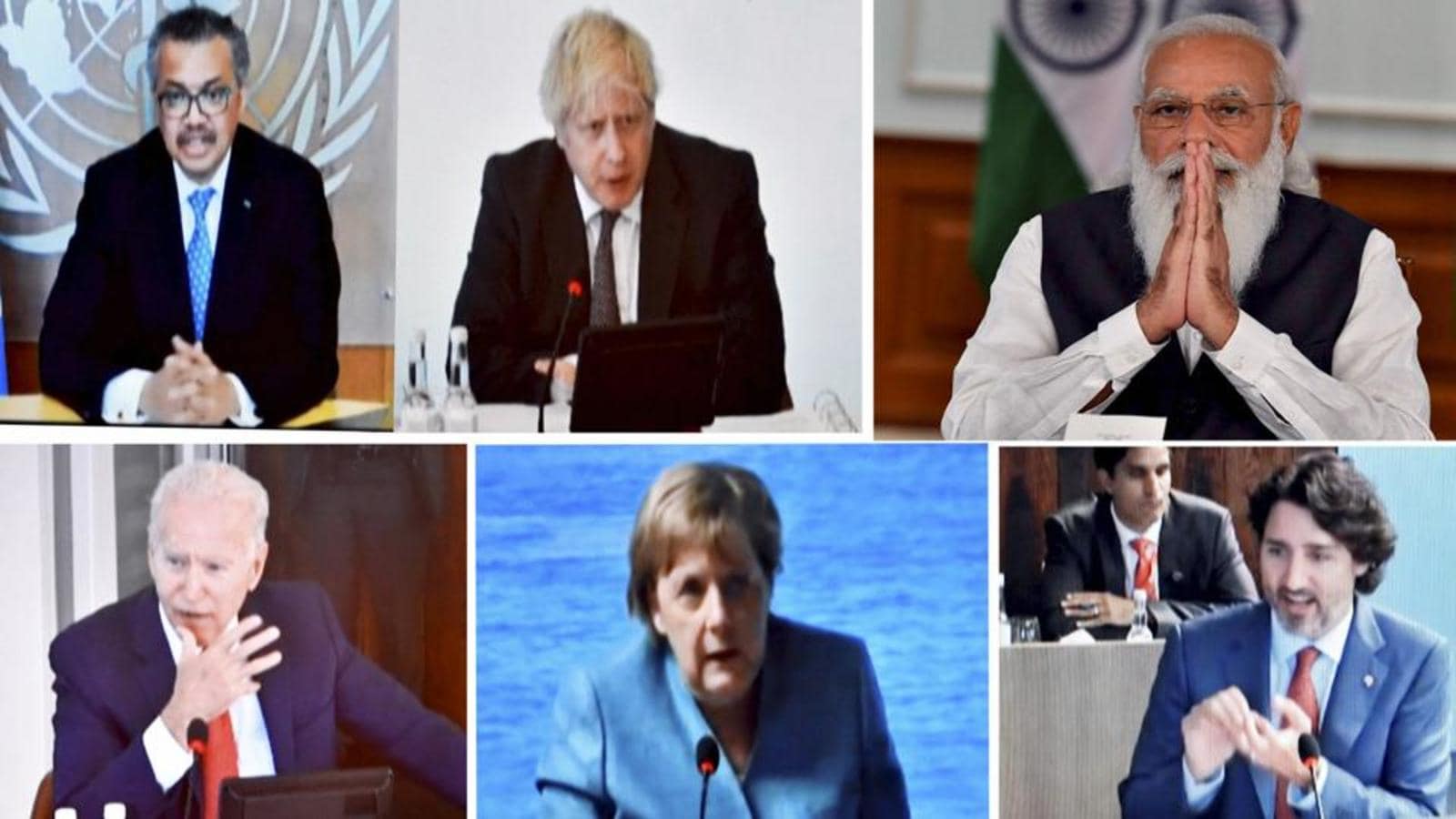 India is a natural ally for the G7 and its partners to defend democracy and freedom of thought from challenges arising due to authoritarianism, terrorism, disinformation and economic coercion, Prime Minister Narendra Modi said on Sunday.

Modi made the pitch in his virtual address to two outreach sessions on climate change and open societies at the G7 Summit held in the British seaside resort of Cornwall. The meet brought together the leaders of Canada, France, Germany, Italy, Japan, the UK and the US, while India, Australia, South Korea and South Africa joined selected sessions as guest countries.

Indian officials said the country’s participation in the meet reflects understanding within the G7 that the resolution of key global crises won’t be possible without India’s engagement, involvement and support. India will remain engaged with G7 and its partners on major global issues such as access to vaccines, diversification of supply chains, building economic resilience and climate action, they said.

Modi, who was a lead speaker in the outreach session on “open societies and open economies”, highlighted India’s civilisational commitment to democracy, freedom of thought and liberty. “As the world’s largest democracy, India is a natural ally for the G7 and guest countries to defend these shared values from a host of threats stemming from authoritarianism, terrorism and violent extremism, disinformation and infodemics and economic coercion,” he said.

While highlighting the impact of digital technologies such as Aadhaar, DBT (direct benefit transfer) and JAM (Jan Dhan-Aadhaar-Mobile) trinity on social inclusion and empowerment, he also pointed to “vulnerabilities inherent in open societies” and asked “tech companies and social media platforms to ensure a safe cyber environment for their users”.

Modi’s views in this regard were appreciated by other leaders, P Harish, additional secretary (economic relations) in the external affairs ministry, told a news briefing.

The leaders of the G7 states and guest countries emphasised their commitment to a free, open, inclusive and rules-based Indo-Pacific and resolved to collaborate with partners in the region, Harish said.

Modi also made a strong pitch for reform of the multilateral system based on openness, democracy, transparency and inclusion.

At the session on climate change, Modi sought collective action and said this challenge couldn’t be addressed in silos. He pointed out that India is the only G20 state on track to meet its Paris Accord commitments, and highlighted the need for climate action to include all aspects of mitigation, technology transfer, financing, climate justice and lifestyle change to provide necessary space to developing countries to grow.

Modi also called on the G7 states to meet their “unfulfilled promise of $100 billion annually in climate finance”.

India has closely worked with the UK, the current president of G7 and the co-president of the COP26 Summit to be held later this year, on climate action. India is committed to installing 450 GW of renewable energy by 2030, and it will work with the UK to provide climate resilient infrastructure through a new facility under the Coalition for Disaster Resilient Infrastructure (CDRI) to small island developing states.

India has also endorsed the “30 by 30” targets, which call for protecting 30% of the country’s land and 30% of oceans by 2030. It is committed to achieving domestic land degradation neutrality and restoring 26 million hectares of degraded land by 2030. At the same time, India has highlighted at the G7 the importance of recognising the different trajectories and historical responsibilities of developed and developing nations in relation to climate change, Harish said.

At another outreach session on health on Saturday, Modi urged the G7 states to adopt a united approach to the Coronavirus pandemic and future health emergencies with the mantra of “One earth, one health”. He had also sought support for the India-South Africa proposal at the World Health Organization (WHO) for waiver of patent protections for Covid-19 vaccines.

Modi was invited to the G7 Summit by UK Prime Minister Boris Johnson, but did not travel to Cornwall because of the pandemic situation. The theme for the summit was “build back better” in the aftermath of the devastating impact of the pandemic over the past 18 months and the need for ambitious and targeted recovery measures.

The prime minister’s speeches at the three sessions focused health, climate change and open societies, and he highlighted that democratic and transparent societies have additional responsibilities and added advantages in responding to contemporary challenges.

Harish said India’s shared values such as democracy, respect for human rights and fundamental freedoms, unwavering commitment to a rules-based international order and inherently open and transparent systems made the country a natural partner for the G7.

With the focus on equitable and affordable access to vaccines in all parts of the world and the need for stronger systems to respond to future pandemics, the G7 pledged to donate an additional one billion doses of Covid-19 vaccines by 2022. The G7 leaders also called for a fresh investigation into the origins of the pandemic.

UN Secretary-General Antonio Guterres identified the waiver of patent protections for vaccines as an important element of his “global vaccination plan” to vaccinate the global population by doubling vaccine production, while French President Emmanuel Macron spoke of the need to focus on ramping up vaccine production capacity in Africa with expertise from India.

As Defiance Erupts Across States, BJP's CEO-Style Party Command Is Floundering - The Wire

Covid-19: First consignment of support from US to reach India tomorrow – Hindustan Times

India’s return to Southampton with a difference – The Indian Express

Northeast MPs blame the Congress for the Assam-Mizoram conflict.