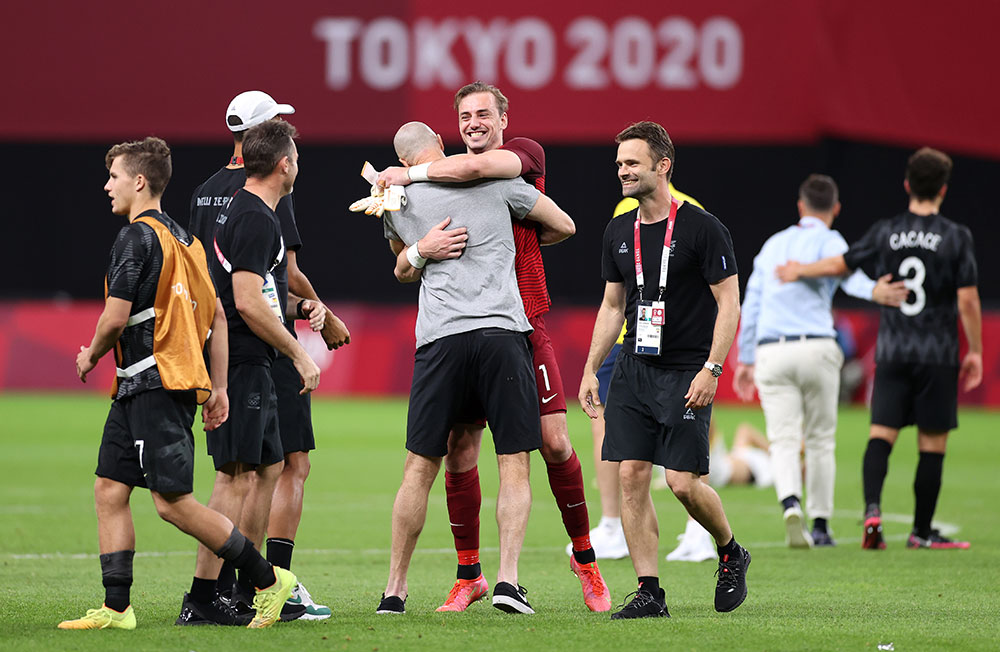 The men’s Olympic football team made history tonight by reaching the quarter-finals for the first time, drawing 0-0 with Romania at the Sapporo Dome.

The draw, combined with a defeat for Honduras in the other group game against South Korea, meant the team finished second in their group, becoming the first men’s side to qualify for a quarter-final at a World Cup or Olympics.

Head Coach Danny Hay, and captain for the game Chris Wood, spoke to media after the match:

“It really came down to desire tonight and the boys really dug in and showed a lot of that” said Head Coach Danny Hay.

“I’m really proud of the performance. It’s historic and we look forward to a quarter-final for a New Zealand men’s team”.

The team dominated possession throughout the contest, carving out a number of good chances they were unlucky not to convert. Keeper Michael Woud was also called upon on occasion, making a number of crucial saves to keep his clean sheet.

The team will next face hosts Japan in the quarter-final. The game will be played at 6pm (Japan) / 9pm (NZ) on Saturday 31 July 2021 at Ibaraki Kashima Stadium.

Telangana: SCs will campaign against TRS if Dalitha Bandhu is not implemented by August 31 - Times of India

Japan says Tokyo Olympics may be postponed due to coronavirus