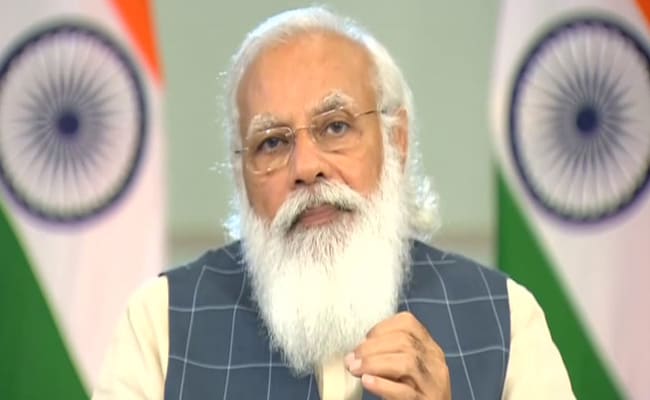 UP Election: PM Modi will speak to around 80,000 ration vendors via video conference next week (File)

Ahead of a crucial Assembly election in Uttar Pradesh in a few months, the BJP is planning an outreach programme that includes the seven leaders from the state who were inducted into the union cabinet in this month’s much-hyped reshuffle.

Each of them – six from the BJP and Anupriya Patel of the Apna Dal – has received instructions from party chief JP Nadda, and will carry out a Jan Ashirwad yatra covering three-four parliamentary constituencies and four-five districts – an area of 300-400 km – to ‘seek blessings from the public’.

The other 36 newly-inducted ministers, including those who received promotions, are expected to carry out  Jan Vishwas yatras in their respective states.

These will take place after August 15 and must follow Covid rules, ministers have been told.

In addition, the party will also celebrate Anna Mahotsav (a food grain festival) in the state on August 5, with Prime Minister Narendra Modi expected to speak via video link to around 80,000 ration vendors.

All MPs have also been directed to visit Covid vaccination centres and motivate people to take their second (or first, as the case may be) doses of the vaccine.

They have also been instructed by Prime Minister Modi to take the fight to the opposition on issues like farmers’ protest and the Pegasus phone-hacking scandal by presenting the party’s side to the public.

The party hopes to connect with one crore people through the measures.

This comes as the state faces increased protests over the farm laws. This week farmers spoke of their “Mission UP” – a strategy to take their agitation to all corners of the election-bound state

All of this also comes as the BJP election machinery rumbles into top gear for an election that party cannot afford to lose, particularly after setbacks in the five states that voted this year.

The party may have retained power in Assam (and become the junior partner in the Puducherry government), but suffered setbacks in Tamil Nadu, where it was part of the ousted AIADMK government, and Kerala, where it failed to win a single seat for the second time in three polls.

It also came up short in Bengal despite a vitriolic campaign against the ruling Trinamool.

Against the backdrop of those results, dissent within its UP ranks in June, including public complaints against Yogi Adityanath, worried the party enough to send senior leaders to investigate.

There was even talk Yogi Adityanath – one of the BJP’s most high-profile leaders – may be replaced, although those rumours were quickly shot down by the party, which stressed he would stay.

The BJP has made it clear Yogi Adityanath will see out his term, although no promises have been made beyond that, and now seems to be focusing on ramping up its election campaign.

Signs of Congress regrouping amid Covid crisis – The Tribune India