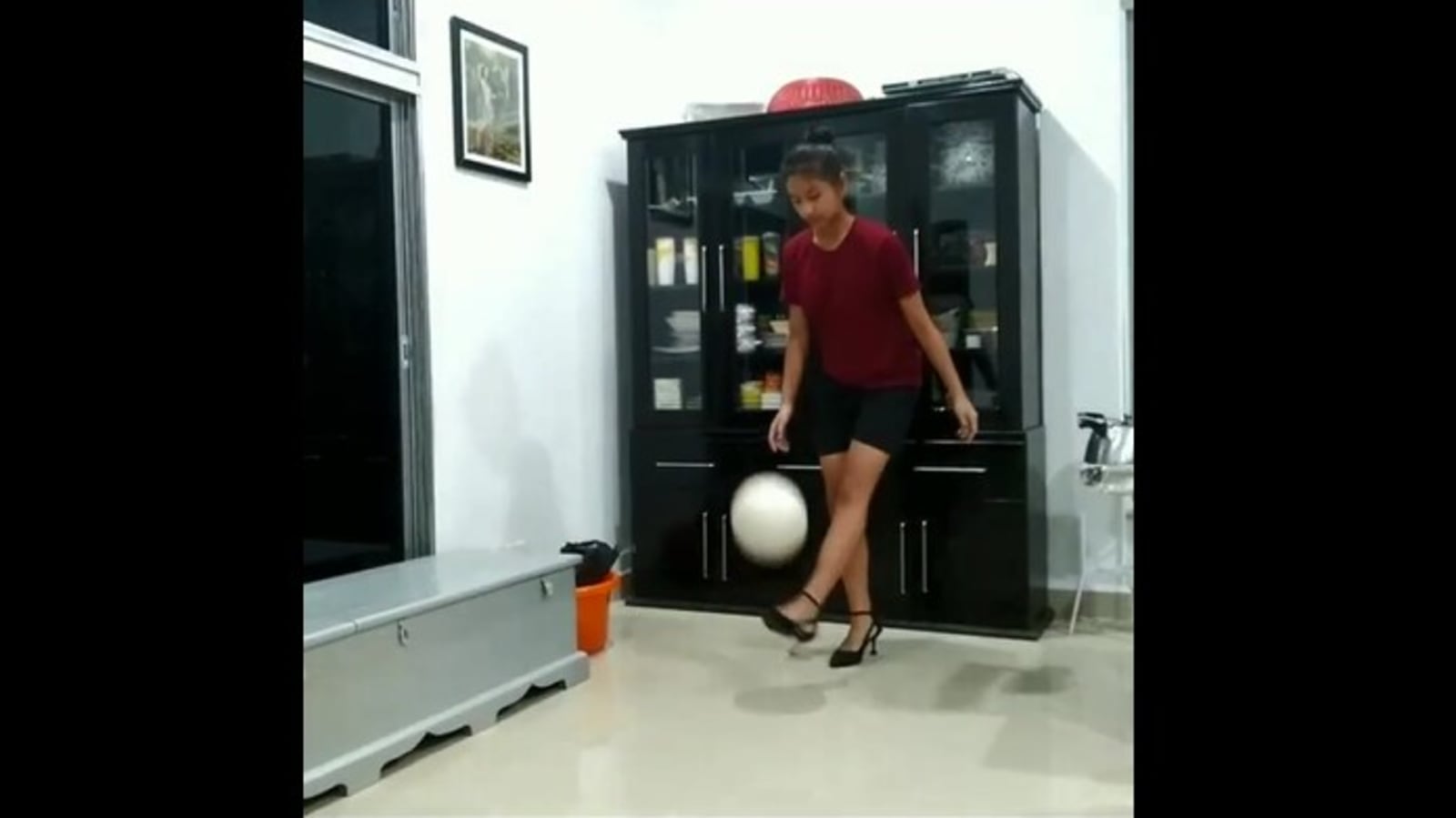 The video prompted people to share all sorts of reactions.

Remember the scene from the film Jurassic World where Bryce Dallas Howard, who plays the role of Claire Dearing, runs in high heels while a dinosaur chases her? It sure sparked tons of reactions and countless questions – the main one being – how can someone run in heels? Well, a girl from Mizoram is now showing how to do so in real life and don’t worry her methods don’t include running from a pre-historic being. What it does involve is a football.

Originally shared on the footballer’s Instagram page, a video of her performance was reshared on Twitter by minister Robert Romawia Royte.

“A talented young female football enthusiast Cindy Remruatpuii from my constituency #AizawlEastII playing ball with pencil heel and showing ‘How it’s done’. Football is not just for the boys, its for everyone!” he wrote while re-tweeting the video.

Take a look at the clip and prepare to get amazed:

The video received tons of appreciative comments both on Twitter and Instagram. Many shared fire emoticons to express their reactions to the video.

What are your thoughts on the video?

Seniors and youngsters learn from each other: Umesh Yadav - Times of India