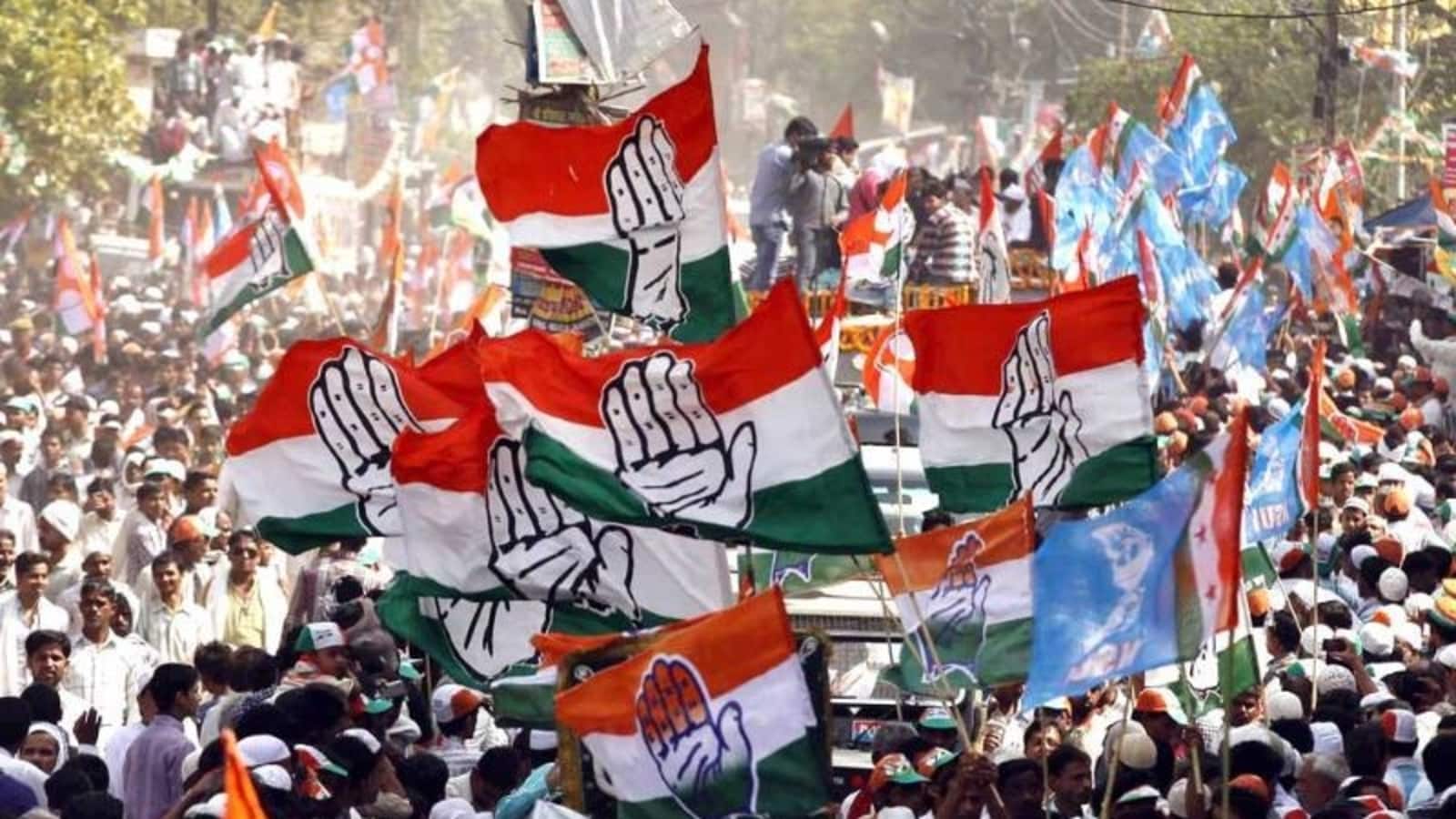 The latest assembly election cycle that included the states of Assam, West Bengal, Kerala and Tamil Nadu coincided with two years of the second Narendra Modi government at the Centre.

The results have thrown an interesting challenge to the Opposition in the country. It has realised that the Bharatiya Janata Party (BJP) can be defeated, even when it seems to have an edge.

The All India Trinamool Congress (AITC) bounced back from a position of perceived weakness in West Bengal. However, the Congress seems incapable of delivering on this task at present. The Assam results are a case in point.

What is even worse for the Congress is the fact that its vulnerabilities go beyond fights against the BJP.

The Congress’s Kerala defeat defying a four-decade trend is a proof of this. To be sure, the next general elections are still three years away. However, if the meeting of opposition leaders at Sharad Pawar’s residence in Delhi – Aam Aadmi Party, Communist Party of India, Communist Party of India (Marxist), All India Trinamool Congress and Samajwadi Party attended, the Congress did not – is any indication, the opposition camp is already trying to build a strategy for 2024.

Any such strategy, as was obvious in the initiative at Pawar’s residence, will have to grapple with the question of what to do with the Congress.

Here are five charts that explain this –

In 2014, the BJP became the first party to get a majority in the Lok Sabha since 1984. It replicated this feat, with an increased majority, in 2019. An HT analysis of the Trivedi Centre for Political Data (TCPD) database shows that the Congress’s weak performance has played a major role in this.

While its seat tally improved marginally between 2014 and 2019, its performance against the BJP went down. In 2014, the Congress defeated the BJP to win 23 Lok Sabha segments. This number came down to just 15 in 2019.

The fact that more than half of the BJP’s seats have come in direct contests against the Congress and the latter is increasingly finding it difficult to challenge the BJP is the biggest challenge before the anti-BJP opposition in India. To be sure, the BJP has always had an edge vis-a-vis the Congress except in 2009. But the gap is much bigger today.

2) To purge or protect Congress is the question

An all-in-unity national tactic in politics, especially in a parliamentary federal polity in India, is easier said than done. The biggest reason for this is a mismatch in national and regional political aspirations. This dilemma is the biggest when dealing with the Congress.

As a hegemonic party of the bygone days, it has roots in almost every region of the country. But that does not necessarily translate into current strength. Some of the erosion or perhaps atrophying of the Congress has been recent.

Andhra Pradesh, a state which played a strategic role in the Congress’s 2004 and 2009 victories, is one such example. West Bengal, where the Congress has drawn a blank in the latest assembly elections, is another. Maharashtra, where the local Congress leadership is posturing to walk out of the current post-poll alliance with the Shiv Sena and the Nationalist Congress Party (NCP) will be a major dilemma, unless of course, the Sena itself goes back to the BJP.

The Samajwadi Party (SP) seems to have decided against allying with the Congress in the 2022 Uttar Pradesh assembly elections. There were many rounds of fruitless negotiations between the Congress and the Aam Aadmi Party (AAP) about an alliance in Delhi and Haryana before the 2019 Lok Sabha elections.

The AAP is now making efforts to expand into Gujarat, which will go to the polls in 2022, and where the Congress is the major opposition party.

This challenge is best seen in a comparison of Congress strike rates with those of other partners in the seven assembly elections it has contested in alliance in states after the 2019 Lok Sabha polls.

The Congress’s strike rate has been lower than that of allies in all states except Tamil Nadu. That the Congress has lost state governments such as Karnataka and Madhya Pradesh and MLAs ahead of crucial Rajya Sabha polls in many other states to the BJP’s manoeuvres and is facing intense factionalism in states such as Punjab and Rajasthan only increases its liability quotient in any strategy to counter the BJP.

3) Congress does not even bring the resource cushion anymore

An overwhelming majority of Indian voters are anything but rich. An HT analysis had looked at this question in detail. It looked at data from the Periodic Labour Force Survey (PLFS) and found that out of 356 million workers in India, 90 million were salaried (the best of the lot).

A Bloomberg Quint report based on a study from the Centre for Media Studies estimated that around ?55,000 crore was spent on the 2019 Lok Sabha elections, making it the most expensive election in the world. While money is no guarantee of winning elections in India, it definitely helps.

Historically, the Congress has been a resource-rich party and allying with it provided a financial cushion to the smaller regional players. With the BJP surging far ahead of the Congress in terms of financial resources, even that advantage is not significant anymore.

4) The Congress needs to reinvent its politics

To be sure, the Congress’s resource and organisation problems, especially the latter, are also a result of its overall political crisis, which is making it difficult for the party to accommodate political ambitions of individual leaders.

This only increases the importance of strategising to revive the party’s political fortunes.

The Congress has been experimenting with unconventional tactics. Its alliance with the All-India United Democratic Front (AIUDF) in Assam elections is one such example.

However, the move seems to have backfired politically, as can be seen in a decline in support from Hindus, both Assamese and Bengali speaking, between the 2016 and 2021 elections in the state.

Winning back the Hindu vote is crucial to reviving the Congress’s fortunes, and unless the leadership figures out a way to do that, the party will continue to face an existential challenge.

Whenever there is crisis, Modi leads from the front: BJP on PM’s vaccine announcement – The Indian Express

‘This is how Congress trampled over our democratic ethos’: PM Modi on Emergency – Mint