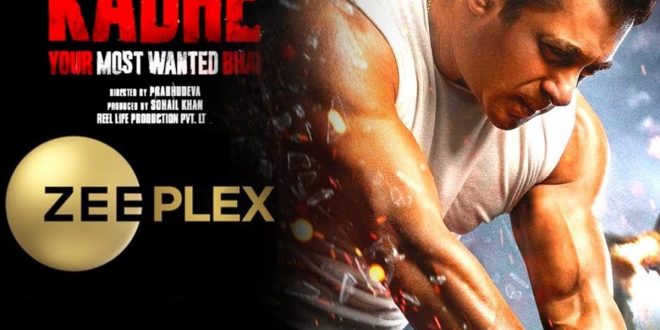 The Telugu film industry is currently facing a severe crisis with all the film operations coming to a stop. The pandemic has affected the functioning of Tollywood twice and this time, the loss is huge.

The recovery time will also differ from that of the first wave of the corona. In the middle of this, the streaming platforms are approaching the producers for a direct OTT release of the pending films. With Salman Khan’s Radhe heading for a direct-OTT release via Zee Plex, more films might follow the model. Zee Plex approached Tollywood producers but remained disappointed.

As per the latest reports, the Zee Plex team approached the producers of two unreleased Telugu films. The films were supposed to release by now but postponed due to the pandemic. Offering a pay-per-view model that they followed for Radhe, the Zee team held talks. However, Radhe’s failure seems to have propelled the producers not to attempt such an experiment. They reportedly communicated the same to the Zee team.

Off-screen ‘romancing’ between Kiara Advani and Sidharth Malhotra had no effect on Shershaah, according to the director.

From Budapest to Saint Petersburg: Bollywood celebs are on vacation mode and these photos are proof – Times Now