Aakash Chopra believes the Chennai Super Kings (CSK) will not mind even if no player retentions are allowed ahead of the IPL 2022 auction.

The MS Dhoni-led outfit appeared to be in the doldrums after a rather unsuccessful IPL 2020. But they staged a dramatic comeback in this year’s edition of the league and were placed second on the points table before the tournament was suspended.

In a video shared on his YouTube channel about the possible retentions of each of the franchises, Aakash Chopra pointed out that the Chennai Super Kings will be happy even if they have to build the team afresh.

“If there is a new rule that there are no retentions, CSK will say they are absolutely fine, and that they will start from scratch because they don’t have players to block 15-17 crores,” said Chopra. 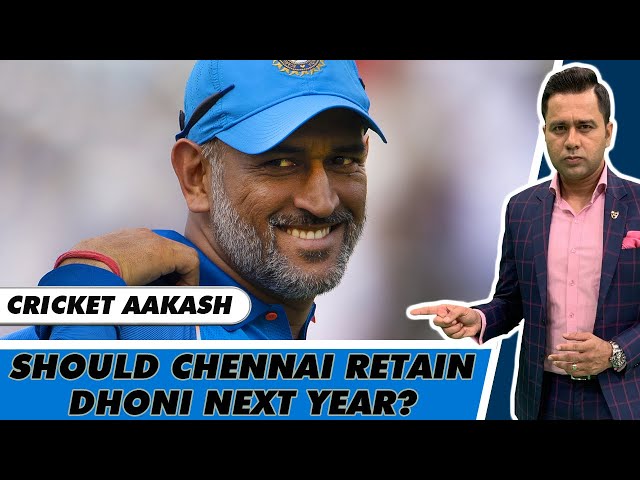 The cricketer-turned-commentator believes MS Dhoni will be the first player the Chennai Super Kings would want to retain even though the talismanic skipper might himself feel otherwise.

“Chennai Super Kings will have MS Dhoni at the first number of course and they will do that as well. But if you ask Dhoni, he might himself say why they are retaining him because he may not be there for three years and why they want to block so much money on him. But then, that’s how it is going to be. CSK and MS Dhoni are pretty much one and the same thing,” observed Chopra.

There is no clarity as of now if MS Dhoni will continue to play in the IPL from next year onwards. Even if the 39-year-old is available, the Chennai Super Kings might consider using the RTM card for him or buying him back at the auction.

‘Good to see him performing so well’: Parthiv Patel identifies the ‘main game-changer’ for CSK in IPL 2021 – Hindustan Times

‘I love his attitude’: Suresh Raina says CSK teammate is ‘going to be No. 1 in the world’ – Hindustan Times