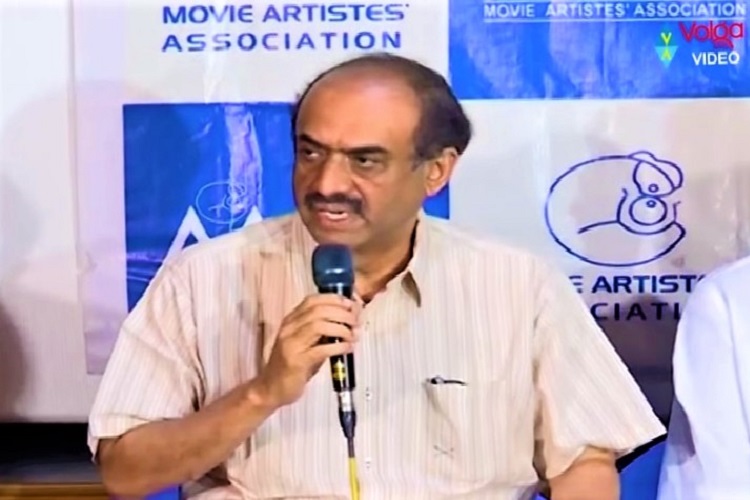 The police said that the accused used to call people in the film industry and pretend to be from the Telangana Health Department.

Tollywood producer Suresh Babu, who is also the managing director of Suresh Productions, was allegedly cheated by a fraudster on the premise that he would be provided vaccines in bulk. The accused was arrested by the Cyberabad police and taken into custody after being booked under Section 420 (Cheating) of the Indian Penal Code (IPC). Suresh Babu’s manager Rajendra Prasad had filed a complaint in the Jubilee Hills police station on May 31 after they realised that they were cheated as the accused’s mobile was switched off.

Speaking to The News Minute, investigating officer Siva Shankar from the Jubilee Hills police station said, “Producer Suresh Babu got a phone call from a person who claimed that he could provide bulk vaccines for his staff, but after paying an advance amount of Rs 1 lakh, the victim could not reach the accused. So, they filed a complaint and an investigation is ongoing.” The accused, identified as Nagender Babu, has been arrested by the Cyberabad Cyber Crime police station, as there were already three complaints against him, including one from actor Ali.

Commenting on the modus operandi of the accused, Cyberabad Cyber Crime Assistant Commissioner of Police (ACP) Balakrishna said, “The accused has been calling people and claiming that he was contacting them on behalf of the Telangana Health Department, which was giving priority vaccines to people in the cinema and media industry. After convincing them through a discussion, he would quote Rs 100 for each vaccine dose, and accordingly collected advance from various people. He would later switch off his mobile.”

The police warned citizens not to fall prey to such calls and be careful before sending money to any unknown numbers, without valid proof or documents. Several such cyber crimes, asking for money in the name of jobs, providing personal loans and investment offers through bitcoins, were also happening widely, the police added.

International Yoga Day 2021: Things you need to know to build a career as a yoga professional - Economic Times