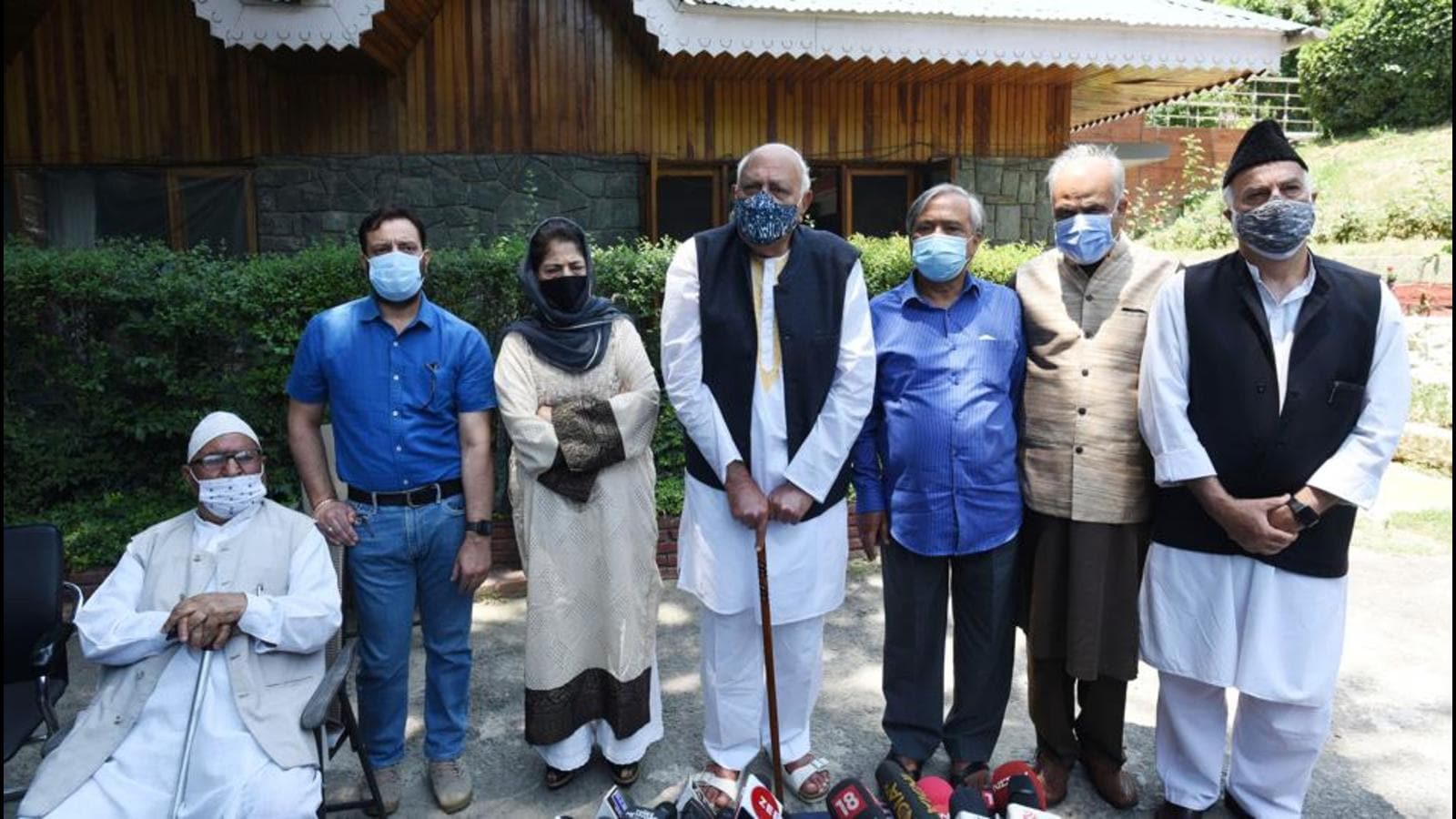 There is an unease in sections of the Bharatiya Janata Party (BJP) and its ideological fount, the Rashtriya Swayamsevak Sangh (RSS), over the talks on Jammu & Kashmir being held under the shadow regional parties sticking to their demand for the restoration of the Constitution’s Article 370, people aware of the matter said.

The parties, including the National Conference (NC) and the People’s Democratic Party (PDP), will meet Prime Minister Narendra Modi for talks in Delhi on Thursday. This is the first such meeting after Jammu & Kashmir was stripped of its statehood and semi-autonomous status.

According to a person aware of the matter, the timing of the meeting has raised eyebrows in the party and the Sangh. The person added it is felt the government after opting for a muscular Kashmir policy seems to have climbed down from its position of not engaging with parties if they seek the restoration of Article 370. The Article gave the erstwhile state a special status and Article 35 (A) defined domicile rules.

“Abrogation of Article 370 was a long-standing demand of the Sangh and the BJP. There is a section of people who feel that by inviting PDP and other parties that have a hardline view about issues such as reimposition of Article 370 and engagement with Pakistan, the government is following the policies of the (previous) Congress government,” said a party functionary.

Bifurcation of the state into two union territories and abrogation of Article 370 and Article 35 (A) tops the list of the Modi government’s achievements.

The regional parties have been critical of the decision and have been unambiguous in demanding the restoration of the status quo ante.

In an interview with HT, PDP chief Mehbooba Mufti said, “Article 370, which gave the state its special status, was unconstitutionally removed. It was a bridge that also connected us emotionally to the rest of India. We will not settle for less. We want Article 370 to be restored. We are fighting within the Indian Constitution, of which 370 was a part.” She added that restoration of statehood will not be enough. “We will not settle for anything other than the restoration of Article 370.”

The decision to invite PDP, which was an ally of the BJP before the coalition government in Jammu & Kashmir fell on June 18, 2018, and its stated position of nudging India to hold talks with Pakistan and reimposition of Article 370 has particularly caused consternation, said a second functionary.

Also Read | Explained: Why all-party meeting on J&K is important and what’s on agenda

“Post-August 5 (2019) there was an indication that there would be a shift in the Union Territory’s polity. Newer political outfits and formations would get space that was occupied by the regional satraps. But the decision to invite PDP has raised a question about their future. A large number of workers, who quit the PDP and NC to join newer outfits such as the Jammu & Kashmir Apni Party and Jammu & Kashmir People’s Conference, in the hope of a new political beginning, might return to their old base and consequently derail the process of a newer political realignment,” the second person said.

To be sure, both new parties will also be part of the all-party talks.

Anil Gupta, a BJP spokesman in Jammu, said the talks are being held with political parties with a mandate. “Newer parties are present along with the older ones. The criterion (for invitations)… was some kind of mandate in the DDC (District Development Council) elections (held last year) and former chief ministers and deputy chief ministers,” he said.

After August 2019, when the leaders of the mainstream parties were incarcerated, newer political parties such as Apni Party and Jammu & Kashmir Workers Party were floated in the erstwhile state. While there was scepticism that the foundations of these new parties were laid in Delhi, their leaders asserted that the new entities would fill the political vacuum.

The meeting also sends a mixed message, said the first functionary. “The government and the party claimed that the parties have lost their relevance and the cases of corruption against them have exposed them. Now, these parties are back at the talking table.”

Another grievance is the absence of voices from the Jammu region and no representation from the Kashmiri Pandit community. Ajay Chrungoo, chairman of the Panun Kashmir, which seeks a separate homeland for Pandits, said, “We do not know why these parties have been invited. But we have no invitation to join.”

On Monday, the Panthers Party, the Dogra Front, and the PoJK Refugees Front staged protests in Jammu against what they alleged is the “neglect” of the Jammu region.

Gupta said it is wrong to say that communities are being left out. “…all these political parties represent all the communities including Dogras and Kashmiri Pandits,” Gupta said.

Will the electorate hold the BJP government responsible for the suffering during the pandemic? - The Indian Express

Rise with India: What’s trending now? From epidemic to politics, there’s a lot to think about.

Covid rumblings within: BJP leaders in UP complain as govt puts up a brave face – The Indian Express