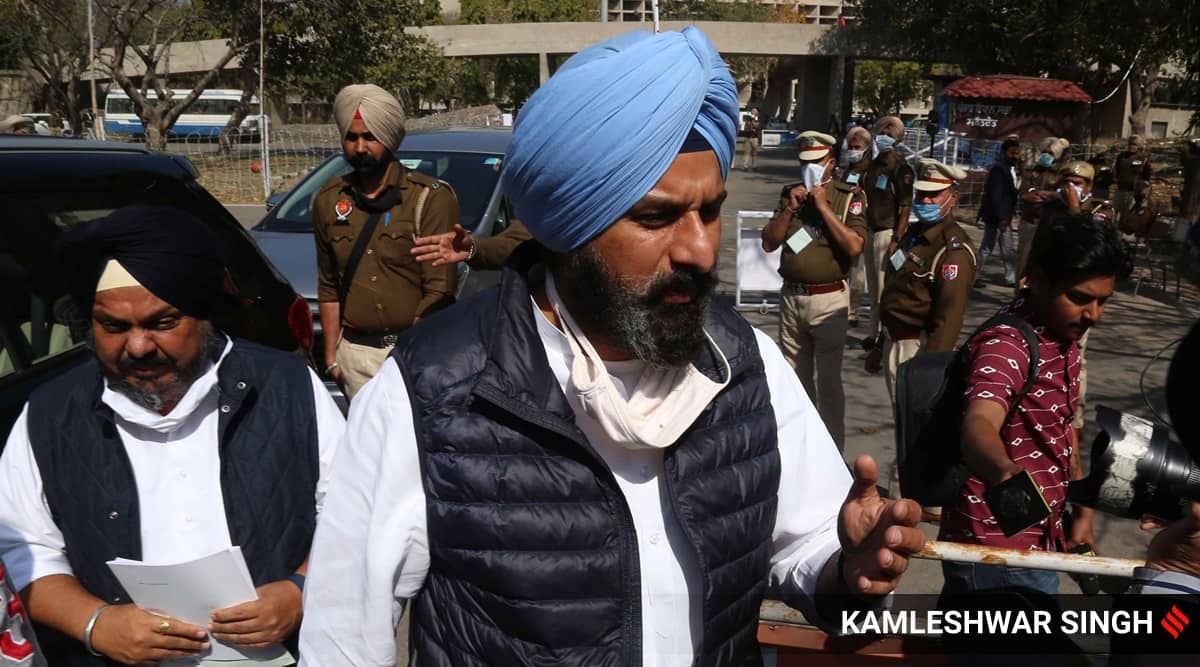 One name that came up repeatedly during AICC leader Rahul Gandhi’s meetings with Punjab Congress leaders was that of SAD leader Bikram Singh Majithia.

According to sources, Congress leaders from Majha region told Rahul Gandhi that Majitha still enjoyed significant power in Majha despite Capt Amarinder Singh being the Chief Miniser and party being in power for over four years.

Congress had swept Majha region in 2017 by winning 22 out of 25 seats. SAD could win only two seats in the Panthic belt.

Sources said that Majha leaders mentioned that they felt embarrassed that despite Congress gunning for Majithia and accusing him of allegedly aiding drug mafia in the run up to the 2017 polls, the party’s government could not prove a single charge against him.

Who is Bikram Singh Majithia?

In a rally held in Majha’s Baba Bakala on August 19, 2016, Amarinder had said: “I will throw Bikram Singh Majithia behind bars if Congress forms the government in 2017. I don’t know how Majithia sleeps at night. All the border villages are in the grip of drugs.”

Similar statements were made by Amarinder during almost every rally in Majha.

Congress leaders from the region who spoke to The Indian Express said that they have lost face in Majha as Majithia continues to influence police and local administration in this region.

“Majithia still threatens officers and some weak officers come under his pressure. There is no doubt that he still has influence,” said newly appointed Chairman PUNGRAIN and veteran Congress leader from Majha region, Sukhjinder Raj Singh Lalli Majithia.

Lali had unsuccessfully contested against Bikram Singh Majithia on Congress ticket in 2017. He remained low profile after his defeat till he was suddenly made chairman PUNGRAIN last week amid ongoing crisis within the Congress.

Sources said that CM appointed Lali as chairman to dilute the allegations that CM is soft on Bikram Singh Majithia and that it has hurt party.

Speaking on allegations against Majitha, Lali said, “It is true that so far no action has been taken against Majithia. But you may see action in the coming days. Eight months of our government are still pending. One day is enough in politics to change things. I don’t know how he escaped action. Let us see. It is not that Capt Amarinder Singh is saving him. CM wants to have solid evidence to take action. There is a difference in public perception and law point.”

He added: “Around 400 false cases were filed against Congress workers only in Majitha constituency. I am not aware how many false cases are still pending. Government had formed Justice (Retd) Mehtab Gill Commission to deal with false cases. But most of the Congress workers didn’t approach the commission. Second, many workers were acquitted by courts as cases were false. One false case is still pending against me. One false case each against my two nephews under serious charges of murder and kidnapping are pending.”

On what changed for Congress workers in Majitha after formation of Congress government, Lali said, “It is a big thing that now no false cases are being slapped.”

Congress MLA from Khemkaran, Sukhpal Bhullar, said, “It is on record of Justice Mehtab Singh Commission that most false cases were registered against Congress workers during Akali rule were in Khemkaran constituency. These cases were registered on the behest of Bikram Singh Majithia. Our workers suffered for 10 years. I became MLA and Capt Amarinder Singh became Chief Minister all thanks to atrocities faced by Congress workers during SAD rule. These workers would stand by the party in future too. It is a different issue whether they were heard or not in government offices.”

On Majitha, he said, “We all are wondering how Majithia is still influencing the administration. This issue is of the CM’s level. We have repeatedly made CM aware about it. We share equal blame if there has been no action against Majitha for the allegations that were levelled before elections. Every child knows that all allegations against Majitha are true….Bureaucracy has destroyed everything. MLAs and ministers are crying, then what power does a Congress sarpanch or worker enjoy?”

A Congress minister from Majha, who did not wish to be named, said, “Majithia enjoyed complete power during 10-year rule of Shiromani Akali Dal. He was instrumental in implicating Congress workers in false cases all over Majha. Captain Amarinder Singh promised to put Majithia behind bars almost in every rally in Majha before 2017. But now Bikram Singh Majithia is one of the cleanest politicians in the state. All thanks to Capt Amarinder Singh. But it has disheartened every Congress worker in Majha. Besides, many cases filed during the SAD tenure against Congress workers still pending. If power in Majha has to stay with Bikram Singh Majithia with Captain as CM then why should we support Captain in the ongoing crisis.”

Former Punjab Congress president and MP Partap Singh Bajwa said, “Whatever is the position about Majithia in current scenario, its responsibility lies with Chief Minister Amarinder Singh. He had to take call on it. It was his promise that sacrilege cases and matter related to drug mafia will be taken care of.”

He added, “Every minister, MLA and MP has raised two issue. One is sacrilege and other about political leaders and policemen, who were responsible for the drug smuggling and running every kind of mafia in the state. Investigation done by top police officers Siddharth Chattopadhyaya and Harpreet Sidhu into drug smuggling cases should be made public. Why those envelopes are still sealed?”

Bajwa said, “Over the last 4 years, Congress workers never felt that their party’s government was in power. They are demoralised and disillusioned.”

Game of one-upmanship unfolds in Karnataka Congress - The Hindu