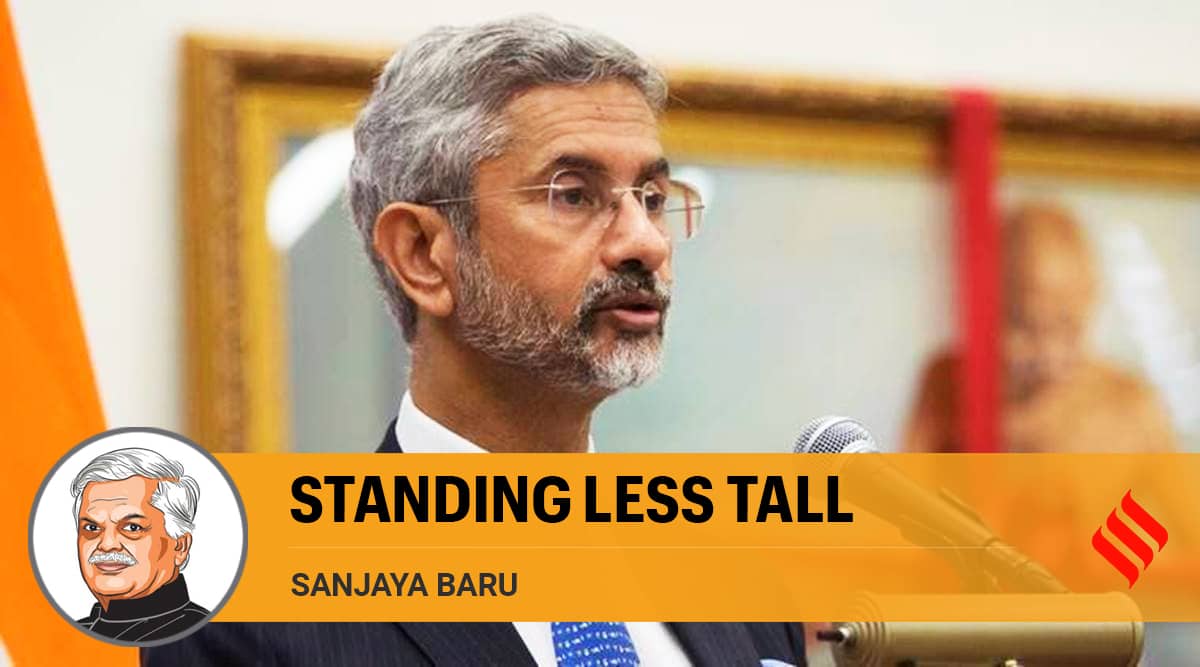 The reaction in Singapore to Delhi Chief Minister Arvind Kejriwal’s recent remarks about a Singapore variant of Covid and his related critical comments should alert Indian policymakers and foreign policy analysts to a wider and larger challenge to India’s standing in Southeast Asia as a whole. External Affairs Minister S Jaishankar, who has a good understanding of Singapore and the region and who has maintained good relations with top leaders in the island republic, was quick to nip the controversy in the bud. However, it would be wrong to assume that this was merely a storm in a Chinese tea cup.

The reaction of Singapore’s government and, more importantly, its civil society, draws attention to a larger problem India faces in what used to be called the Indo-China region. Ever since 1992 when Prime Minister PV Narasimha Rao enunciated a “Look East Policy” reaching out to Southeast Asia, India has engaged the region on all fronts — diplomatic and security, economic and people-to-people. Prime Ministers Atal Bihari Vajpayee and Manmohan Singh built on Narasimha Rao’s foundation and constructed a robust relationship with the Association of Southeast Asian Nations (ASEAN), so much so that in 2007 Singapore’s founder-mentor, Lee Kuan Yew, a longstanding India sceptic, went to the extent of naming China and India as the two engines of Asian economic growth.

Continuing this approach, Prime Minister Narendra Modi graduated Look East into an Act East policy. Three developments over the past five years are, however, testing Indian diplomacy in the region. First, the rising profile of China combined with growing China-India tensions; second, disappointment in the region with India’s economic under-performance; and, third, rising concern in the region with India’s approach towards its minorities, especially Muslims and Christians.

On a parallel track, pride in China’s rise has gained ground among ethnic Chinese across the region. This was first triggered by China’s impressive staging of the Beijing Olympics in 2008, with Southeast Asia’s ethnic Chinese deriving vicarious pride. China’s response to the 2008-09 financial crisis and its growing economic role in the region added to its improved standing among both local business and civil society. However, even as recently as 2017, during the Doklam stand-off between China and India, many ASEAN governments conveyed their quiet support for India in the hope that a robust response from India would keep China’s geopolitical ambitions in the region under check. It would seem that between Doklam and Galwan there has been a change in the Southeast Asian assessment of China and India. How much of this is due to a willingness to accommodate Chinese interests among the region’s elites or due to a growing admiration for China’s assertion of power within the ethnic Chinese community in the region or due to a disappointment with India, is moot.

If ethnic Chinese loyalties define one segment of Southeast Asian civil society, Islamic faith defines another large segment. Growing concern about Hindu majoritarianism in India has impacted civil society attitudes in countries like Indonesia, Malaysia, Thailand and Singapore. India deployed the soft power of “Buddhist diplomacy” but that too has not gained much traction as inter-religious tensions in the region grow. In most ASEAN countries, ethnic Chinese practise Islam, Buddhism or Christianity. The growing assertion of a Hindu personality by India’s present ruling dispensation has weakened India’s soft power, globally and in this region.

Taken together, all these developments weakened the business-to-business (B2B) and people-to-people (P2P) connect between India and ASEAN despite the best efforts of hard-pressed diplomats to maintain good government-to-government (G2G) relations. While a lot of foreign policy analysis focuses on G2G relations and official policy statements, and a lot of this can be cited to claim that all is well with India-ASEAN relations, few are paying attention to how trends in civil society and domestic politics are being shaped. The bottom line is that despite the best intentions of an Act East Policy, India’s standing and image in Southeast Asia have suffered.

It is not enough to attribute it all to China’s rising hard power in economic and security terms. India was successful till a few years ago in holding this back with its own hard and soft power. More recently, however, Southeast Asian states and civil society seem less impressed by Indian hard and soft power even as their fear and/or admiration of China has gone up. Both China’s direct influence and that of ethnic Chinese in the region are on the rise.

On top of these developments the narrative on the origins and handling of the pandemic has, curiously, generated a pro-China sentiment among the region’s ethnic Chinese communities and many see China as having handled the challenge efficiently while India is seen to have bungled. Drawing attention to ASEAN’s increasingly accommodative approach towards China, Sophie Boisseau du Rocher of the French Institute of International Relations, Paris, recently observed, “The Covid-19 crisis has made this trend more obvious, highlighting not only the internalisation of this ‘privileged relationship’ but also a more disturbing — but unspoken — reality: Southeast Asian countries’ acceptance of China’s soft power and their dependence on it. This change of tone is indeed good news for China’s proactive diplomacy.” (thediplomat.com/2020/04/what-covid-19-reveals-about-china-southeast-asia-relations/)

What these trends suggest is that Indian diplomacy must take a fresh look at its Act East policy and the constraints being imposed on it by unsatisfactory economic performance and sectarian and communal politics at home. There is only that much that diplomats can do when politicians pursue policies that diminish the country rather than enhance its global standing.

This column first appeared in the print edition on May 26, 2021 under the title ‘Standing less tall’. Baru is a policy analyst and a writer. His most recent book is India’s Power Elite: Class, Caste and a Cultural Revolution

proteanTecs' UCT to be Exhibited at the TSMC 2021 Online Technology Symposiums for North America, Europe and Taiwan - PR Newswire UK

More Delta Plus cases reported in India: How this variant is rapidly spreading – Hindustan Times